Things wouldn’t be right in the world if I didn’t pick a Bowie song for this week’s Monday Tune… and this is my favourite of all, though not a joyous choice at all.

When Lou Reed died a couple of years ago, the songs I picked were one of the musical threads that held my life together. Lou Reed wasn’t so much a singer I’d picked myself, but the music that had been a kind of theme track to some of my life. David Bowie was never that. I loved David Bowie, but he was never in the background to my life. Bowie was one of those singers, like Lou Reed was at the beginning, then John Cale and Leonard Cohen, that you pick for yourself even though your friends are kind of ambivalent.

By the time I was a teenager, Bowie was in his kind of stadium rock days… it was all Mick Jagger and Dancing in the Street. I don’t care much for that, although it was for a great cause. Bowie had passed over into that kind of 80s middle ground of grown-up Phil Collins and Queen Dad Rock that just wasn’t particularly cool. Let’s face it, Tonight and Never Let Me Down are never going to make it on to someone’s top 5 Bowie albums are they? I don’t even think I put two and two together when I found a copy of Life On Mars at the flea market in Bury as a 7 inch. I still have it. It was the very first time I really found music that I chose for myself. I asked a friend if she’d tape Hunky Dory on to a cassette for me. She had to borrow it from her parents’ record collection and I’m pretty sure she thought I was crazy. That album is one of the central albums of my teen years and it’s one of the only albums that I still play just as regularly. In fact, when I saw a list of people’s favourite Bowie tracks last week, I was amazed that Life on Mars wasn’t on there. I was kind of glad though. It makes it all the more personal. It’s the piano that makes it what it is for me… Rick Wakeman at his best. I can’t tell you how many times I listened to that tape.

I only saw Bowie once in concert – the Sound + Vision tour in 1990. He played at Maine Road in Manchester and I had to drag Henny with me. It was entirely at odds with Metallica and Megadeth.

Funny though that I picked this song – I just did a search and realised that Starman has been my Much Love Monday song twice – there aren’t many songs that I’ve played twice! And it was one of my eight singles that would have made up my Desert Island Discs. I think I’d have to change that now and put Under Pressure on. Freddie Mercury and Bowie together: Dad Rock at its best.

I’ve been trying to spend a little time on a 366-photo project (a photo a day, of course!) and spend a little time on Photoshop. I learned Photoshop by way of Fireworks back in the day, and I’m glad I had the foresight to do so. To be honest, some of it is very similar to actual darkroom stuff, like dodging and burning, but way, way easier. I’ve been looking at a lot of ‘before’ and ‘after’ shots that professional photographers have taken, including those shots that have been competition winners, and you can see most of it is just a combination of a great camera and some Photoshop magic. I’ve never been anti-photoshop where images are concerned (other than those of ridiculously perfect people that are promoting make-up!) It seems a little hypocritical to be against any kind of artistic adjustment when the moment you pick up this camera or that camera, you are making a difference to what image you get out. I used to only use Fujifilm because I love the brights, their greens and their blues. It’s very contrasty film. As soon as you make a choice like that, you’re impacting on the image. In fact, as soon as you use your viewfinder to frame an image, you are making artistic choices, so I don’t see why a bit of editing offends so many purists. Most of them have polarising filters or the likes, or tripods. Those all affect the image you can take.

Anyway, I’m doing a 10-minute-a-day photoshop enhancement on each image – it can’t be more! – and I’m finding myself re-invigorated.

You can find a perfectly nice image…

And a give it a bit of a once-over…

Adjust the hues a little, sharpen the eyes, remove any distractions and re-centre the image a little. It does bring out the inner critic, which is all good.

The aim of the project is not to go overboard on minor tweaks and fiddles – these are not for sale as high-quality reproductions, just mini-projects to bring out your critical eye. I was quite pleased when looking at some people’s original images that my unedited images were much more thoughtful than theirs, but their photoshop skills were far superior to mine! That’s why this year is all about Photoshop!

So what else am I loving this Monday morning?

♥ AC/DC – there simply isn’t any better music to rev up your engines to.  Thunderstruck and Hells Bells are always good to get your motor running.

♥ Having a bit of frost – the cold snap didn’t last long and it’s the first morning all winter that the living room has been 12°C first thing.

♥ All the refuge staff and volunteers. Last week was a shit, shit week. Arnold still isn’t moving and we’re waiting to see if his morphine/anti-inflammatories can get him back on his feet again, but it’s not looking good. The vet said his herniated discs can’t be operated on, so it really is a week of hard, hard decisions. Jerry the pointer was found dead of a stomach torsion as well – he was 4 weeks out of surgery to remove his leg. We had a parvo death, a dog who died as the result of an accident and several dead puppies. There is not much by way of light in a week like that.

♥ How fab my new lens is. Photoshop aside, look at how lovely this little face is! 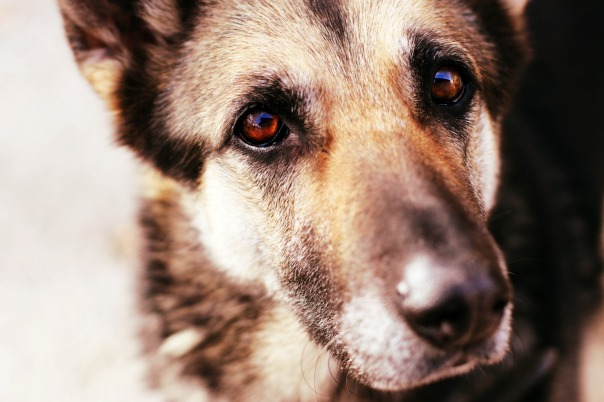 ♥ The Amigo-Beego. I don’t get many good photos of him, but I’ve had loads recently. Love him. He is such a gentle old soul. He must find it very traumatic living with a house-full of maniacs, my little Richard Briers dog.

Right, have a marvellous Monday. I’ve got a list of chores that’s longer than this blog, so I had better get busy!

1 thought on “The Freakiest Show”