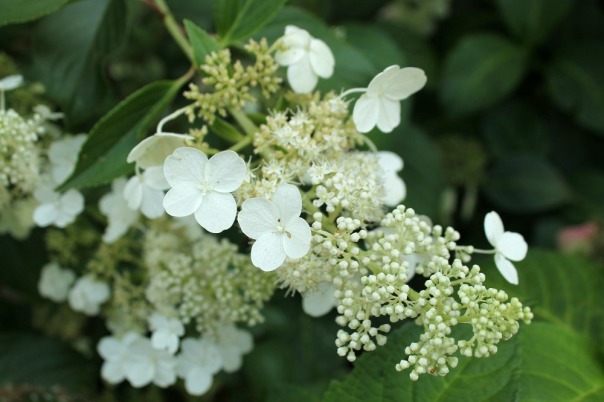 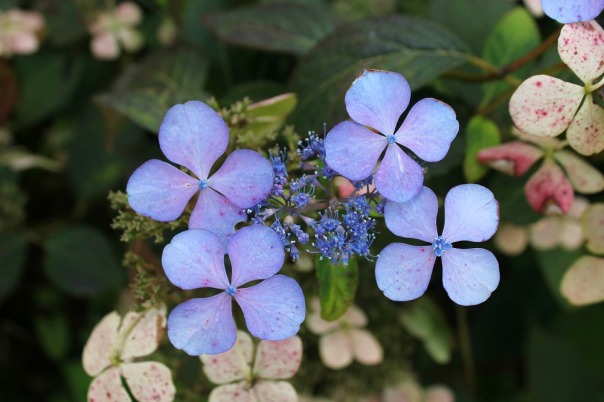 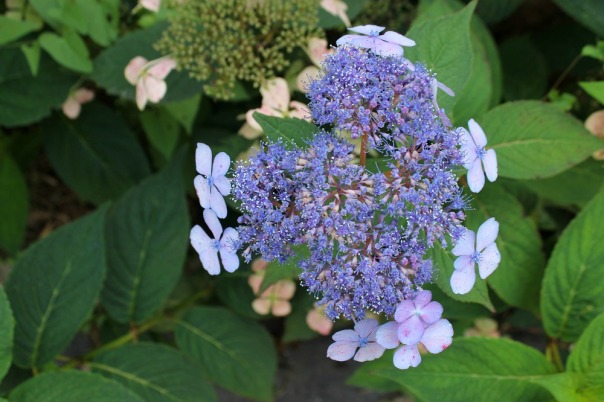 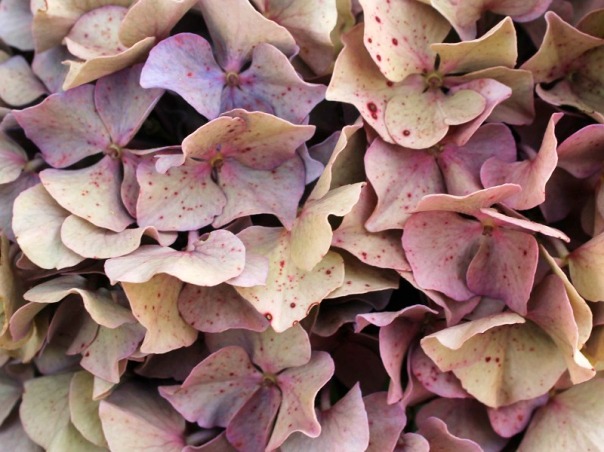 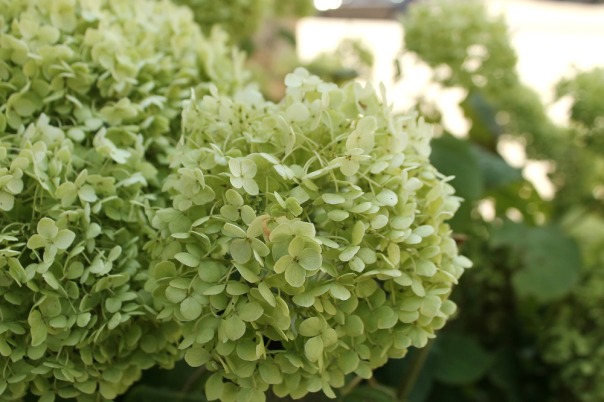 When I was little, the house on the corner of our street had a hydrangea bush in the garden. I have distinct memories of the little boy who lived there doing a wee up against it. I can’t have been more than five, but I found it very disgusting. Now I live in France, I am used to men, boys, girls and yes, even ladies, taking a wee in public. I have even seen people get out of their car at the supermarket, take a pee in the carpark and then go into the shop. It always makes me wonder whether they really can’t make it to the very nice toilets in the supermarket, only 50 metres away.

Anyway, it’s not just the memory of the young boy taking a wee up against said hydrangea, but the fact that I was utterly convinced the bush was made of toilet paper; It was just that shade of pink that made it look like loo roll. That thought stayed with me for forty years and I have never been enamoured of the pink/blue standard hydrangea.

Now, though, I have changed my mind. Look at these glorious flowers. 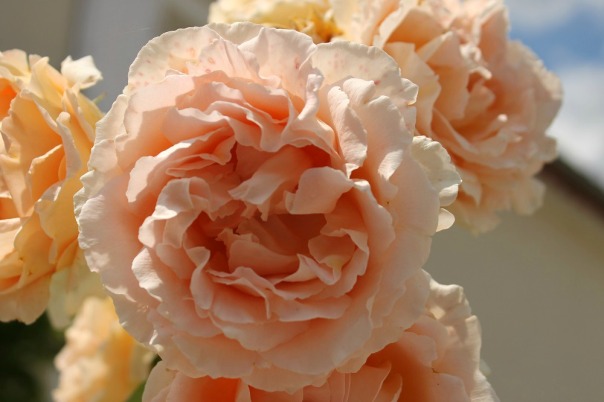 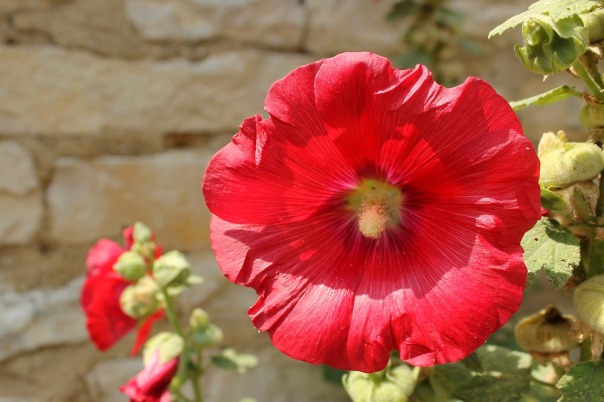 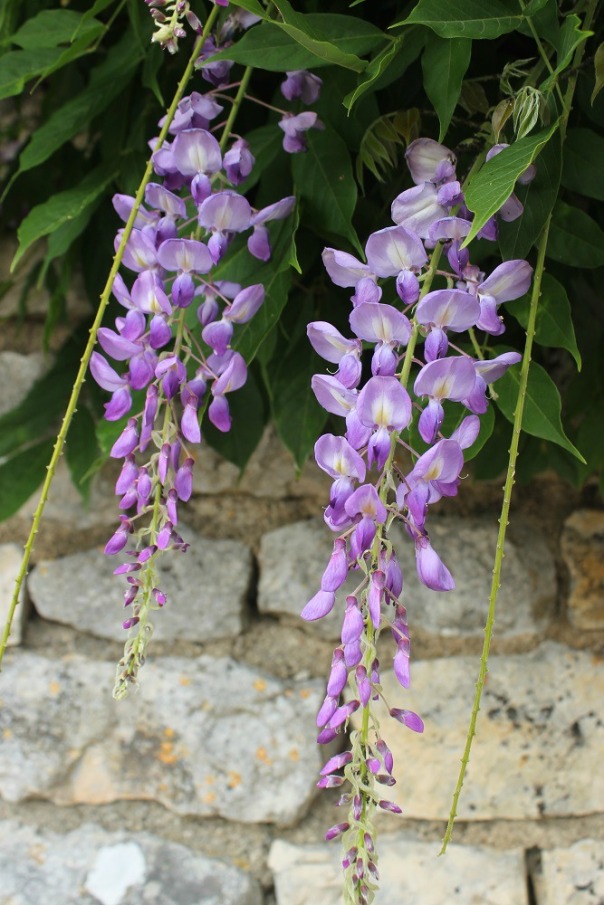 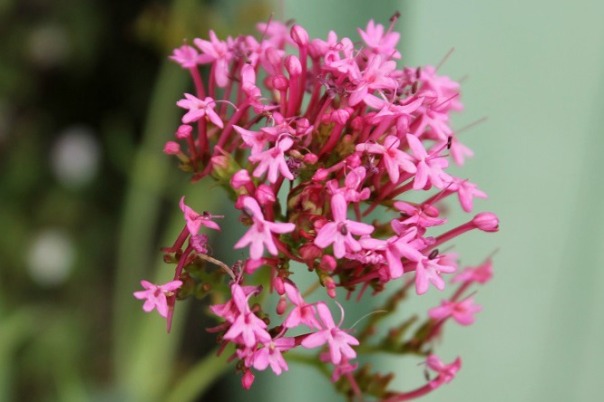 The hollyhock is probably the flower I associate most with summertime France – they are everywhere. The ones in my garden start small and end up like triffids, towering two metres high or more. It has been so wet, the wisteria has had its second bloom. The roses are still going strong and the roadside flowers are everywhere