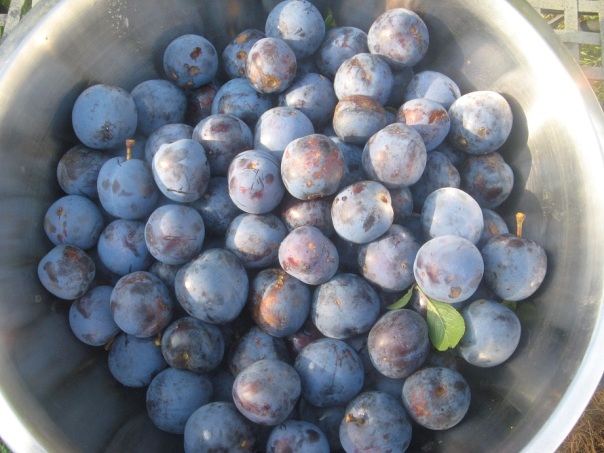 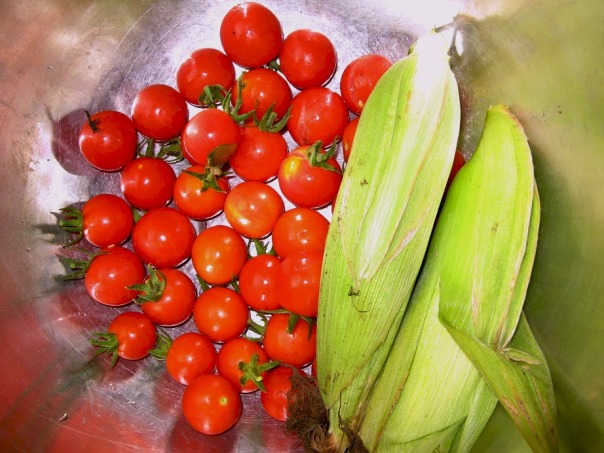 Of my 250kg target for the year, I have so far harvested:

That’s 24.8kg so far. That’s not as good as I’d want, though I still have 75% of the potato patch to dig up, carrots to come, beetroot, loads of healthy-looking kale, cabbages, brussels sprouts, spring onions, leeks, chilli peppers, onions, swiss chard, apples, pears, quinces, grapes, blackberries, walnuts and hazelnuts to come. For some reason, none of my cucurbits are putting out female flowers, so I’m going to give them a tomato feed watering and hope they change their mind. I mean, it’s been warm enough and they are well watered! They better get a wriggle on. I was kind of counting on them to be more productive this year.

I’m also pretty sure Tilly has eaten about 2kg of tomatoes. She is like a tomato hound. She’d live off them, I’m sure.

The plums have all been turned into jellies and jams this week. I have finally given in and bought a big galvanised cauldron to can stuff. The jelly was sometimes an easy set and sometimes took ages. It makes no sense. Same fruit, same process. Some takes 25 minutes and some takes almost an hour… so what has become of it? 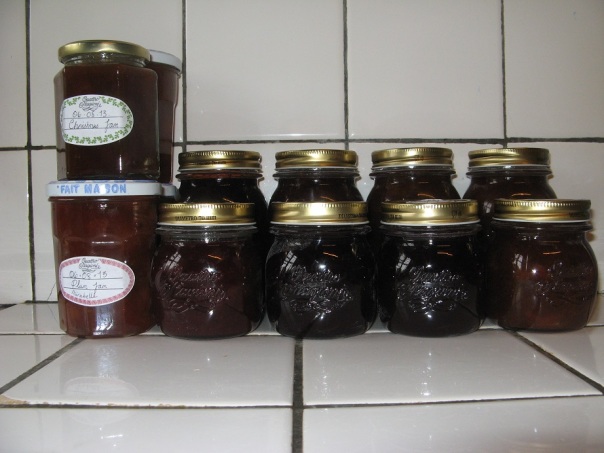 So what’s in there? A Christmas jam for a start – plums, cinnamon, nutmeg and mixed spice. And some plum, chilli and ginger jelly which will be just perfect for Chinese sauces. What? You don’t use jelly in your Chinese sauces? Shame on you. The rest is either plum jelly, plum jam, mirabelle jelly or mirabelle jam. I’ve still got three plum trees to get the plums off, but they’re a way off yet. They’ll be going in the freezer, I think.

Still, the soil is soft, the day was just cool enough today to be pleasant and there’s a whole load of stuff still to do