I figured since I was airing all my dirty laundry, Much-Love-Monday-style, I might as well go all in. If being eight was all about Adam Ant, roll forward a few years, and my life was still about men in make-up. So this Much Love Monday is brought to you by the hilarious and contagious Talk Dirty To Me by Poison.

Life beyond our smallish suburb town beckoned more and more frequently the older we got, and Friday and Saturday night was often all about Jilly’s Rockworld, a newly opened rock club that took one old and kind of dodgy club, Jilly’s, and turned it into something more Rock City-esque. As the lights got brighter, the hair got bigger and everyone who was anyone was rocking the leather, spandex and back-combed look.

We’d got an odd assortment of cars, usually borrowed from a rotation of parents, and we’d all pile in and go off down to Manchester, dressed up in our Saturday finery. I seem to recall doing my fair share of designated driving, but we also spent a whole lot of time in the back of vans. In fact, this last Saturday night, when eight of us piled into Natasha’s people-carrier, wasn’t much different. I’d have loved a people carrier back then. If you hung around in the Royal, you’d find a couple of cars going down and you could usually hitch a lift. I never can remember getting home. I don’t think I was drunk, I just don’t think it was important. Sometimes we’d stay at someone’s house but we were way beyond the wild parties at other people’s houses by then.

Alison and I had a really cheesy selection of hair metal we’d work our way through – she did me about 200 tapes – and each of them got more and more absurdly made-up and glittery. These bands were the Haribo of the music world – all fizz and sugar rushes. Poison, White Lion, Motley Crue, Tyketto, Tigertailz, Cinderella, Ratt, Skid Row, Warrant, LA Guns, Vain, Faster Pussycat, Enuff Z’Nuff  – the end of the eighties was filled with fizz and fun and guitar riffs and drummers like Tommy Lee who were all bouncy and young and tattooed. They had no substance, no morals and definitely no fashion sense, but they had plenty of energy. By 1991, grunge was in and all of these bands dropped off the scene one by one, a kind of sad parody of themselves.

Still, when you’re seventeen, listening to Poison, kissing blue-eyed boys and dancing all night long, life is pretty simple and fun. It was just the right time to be so young, before the cynicism of Nirvana swept through the music scene and before the cynicism that real life bestows on you arrives.

Anyhow, nobody can have the Monday blues if they watch this video, I promise you. You might laugh yourself silly, but you will definitely feel a little better. I’m pretty sure Dr. ‘Motley Crue’ Feelgood would definitely prescribe a dose of Poison if you want a little something-something to get you through the week. There are some songs I just can’t listen to without thinking of Rockworld, and this one is one of them.

Just for those of you who want an extra laugh, I translated Skid Row’s I Remember You into French for my A level. It’s no wonder I was sooooo bad at French back then.

One thing’s for sure, though… I wasn’t quite so… uncoordinated … as a teenager. 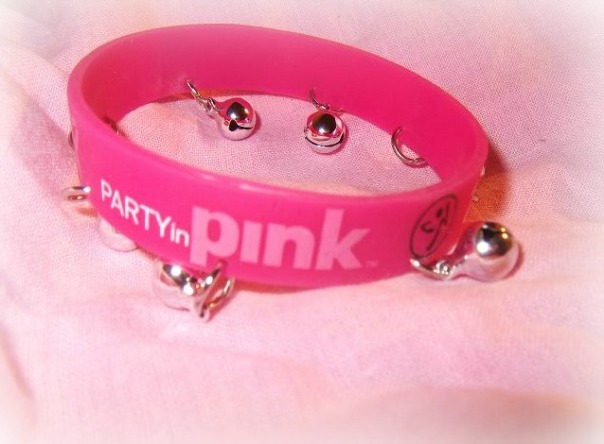 Still, four hours of zumba, falling into bed at one o’clock all sweaty and having a lie-in… those are a bit more like the Saturday nights I remember rather than the ones I have now, where I teach Russian people online. I’m not sure why Saturday night has become Russian night, but it has. Oh well.

And besides the zumba, the friends, Poison and hairspray, I’ve got Much Love for the Hope Association book sale that I went to yesterday. I picked up 25 books (and could have bought hundreds more) and did my bit for charidee. In all honesty, with a blind(ish) ex-car-crash cat, a ‘special’ rescue Tilly and a crazy rescue Heston, I’m doing my bit for animal charities across the region. The amount of things Heston chews – I won’t even get into that. Suffice to say, his cow-pat-sized droppings are the kind that make your eyes water. He’s big enough to eat anything on the sides now, so last week I lost a half pound of butter and a tub of sunflower spread to a charitable cause. That’d be Heston. I suspect, soon, the fridge won’t be secure enough to keep him out in his quest for something nice to eat when I’m out. Dogs. Who’d have them?!

Anyway, this is my winter reading (yeah, that and the 6,000 books I’ve got on my computer to read… because I don’t have enough words in my life already…)

You may notice the Ladybird books. They’re not for me. Well, they kind of are.

I’ve got several ‘beginner reader’ children who will enjoy these no end. Unfortunately, there were no books about rockets, so there will be one rather disappointed little boy this week. You can’t please everybody.

I realised I’ve read several of them before, but I think I sold them or gave them away before I arrived. If there’s a murder in it, if it’s about money or pop science, it’s right up my street. Anyway, this little lot should keep me going.

So, enjoy a little 80s saccharine and may this Monday be delightfully cheery for you.